This an important issue: the collection of vast amounts data on citizens who are suspected of nothing. And Australia, Canada, Britain, and cooperate with the US in this. If you haven’t heard of it, Google the “five eyes agreement.”

America is not a location. America is an ideal. It is the dream of a country in which freedom is paramount, and it is secure because the government is the servant of the people.

Because America is an ideal, Americans are not born. Rather, America, itself, must be born anew with each generation. Each generation has the choice of embracing the American ideal of a government that answers to the people, or of rejecting that ideal in favor of a more paternalistic system of government.

When the government spies on us with everything from street corner cameras to warrantless searches of random individuals to collection and analysis of our every electronic transmission and phone communication, we are no longer the masters, and the government is no longer our servant. It is our ruler. It is a parent searching our…

The revelations about US intelligence gathering that Edward Snowden made public have had repercussions around the world, and not just between the US and Germany. The bugging of Angela Merkel’s phone has received a lot of press coverage in the US, but other countries now have problems. 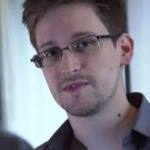 One of the revelations to emerge was that in 2009, Australia attempted to bug the phone conversations of the president of Indonesia, his wife and his inner circle. As a result, Indonesia has suspended cooperation with Australia on intelligence sharing, and has stopped any cooperation in relation to people smuggling. (Boatloads of refugees often travel from Indonesia or through Indonesian waters to get to Christmas Island, a tiny chunk of Australia , 300 miles from Indonesia and 1600 miles from Australia. Numerous people have drowned when their boats smash on rocks near Christmas Island.)  At the time of writing, Indonesia has said that if boats are passing through its waters, towards Australia, they can do so. Indonesia won’t interfere. Australia will just have to handle the problem when the boats appear off Christmas Island.

The Indonesians are understandably offended, since we are supposed to be allies. Indonesia is the most populous Muslim country on earth, and one of Australia’s only three near neighbors. The truth is we have to be able to get along with them, because unless there is a religious miracle that rearranges geography, neither country is going anywhere any time soon.

In addition, there is an internet cable called SEA-ME-WE-3 that runs from Japan, across Southeast Asia, through Singapore, across the Indian ocean, up through the Suez, through the Mediterranean, and round the coast of Europe to end in Germany. As the cable passes through Singapore, the Singaporean government has been tapping into it and giving the US and Australia the goodies. Jakarta has asked Singapore to “please explain.” So this massive intrusion, and its  exposure is not just a problem for the US.

The most recent revelations are that the NSA has been monitoring charities. From the Guardian newspaper:

So how is the average American taxpayer going to feel about that use of their taxes? The most recent extensive article about Snowden is here.   It contains this interesting quote:

“For me, in terms of personal satisfaction, the mission’s already accomplished,” he said. “I already won. As soon as the journalists were able to work, everything that I had been trying to do was validated. Because, remember, I didn’t want to change society. I wanted to give society a chance to determine if it should change itself.  All I wanted was for the public to be able to have a say in how they are governed,” he said.

How will history judge Snowden? My guess is that as more revelations come out, the public will feel more incensed at the NSA’s  actions, foreign allies will be more incensed at being treated like enemies, US lawmakers will be forced to act on what the NSA is doing, and public sentiment will turn more in Snowden’s  favor. History may look on Snowden as it now looks on Woodward and Bernstein, the two journalists who broke the Watergate story, and Mark Felt, the Assistant FBI Director who for years was only known as “deep throat.”

It’s only an educated guess, but I think it’s a fair guess. What do you think? Anyone who wishes to re-blog this may.